Rapid-Seal, a new antibacterial gel able to stop bleeding in seconds that was developed by a company founded and fostered at the University of Maryland (UMD) is now available through Amazon and at drugstores around the country. The technology behind Rapid-Seal was born in Robert E. Fischell Institute for Biomedical Devices researcher Srinivasa Raghavan’s Complex Fluids and Nanomaterials Lab, which studies the spontaneous assembly of molecules and uses this behavior to create new “smart” materials. 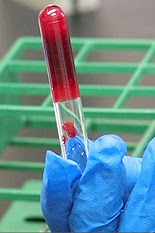 The product uses a proprietary modification of chitosan, a nontoxic, biodegradable biopolymer found in the shells of crustaceans and certain plants, to seal minor cuts and scrapes while preventing harmful bacteria from growing. Raghavan and his lab – which has launched three startup companies and filed for more than 20 patents – had been working on chitosan since 2003.

“It was scientific curiosity,” says Raghavan. “We had modified the polymer chitosan, and we wanted to test what would happen if we added it to blood. When Matt Dowling joined our lab in 2005, he quickly made a remarkable discovery.”

Dowling was a first-year Ph.D. student in the Fischell Department of Bioengineering (BIOE). He and Raghavan discovered that a modified variant of chitosan could instantly convert liquid blood into a gel. “When our body clots blood at the site of an injury, it again involves the conversion of blood to a gel,” Raghavan explains. “So, it occurred to us that our blood-gelling polymer could potentially stop bleeding from wounds.”

Dowling and Raghavan worked with faculty at the University of Maryland School of Medicine and found that their polymer could indeed stop bleeding from even the most severe injuries. In 2009, the team was awarded UM Ventures’ Invention of the Year Award for their chitosan-based solution to bleeding.

Dowling then founded Medcura, Inc., which produces Rapid-Seal and other bleeding management products.

Medcura then entered Mtech Ventures, an incubator of the A. James Clark School of Engineering’s Maryland Technology Enterprise Institute (Mtech) designed to help innovators build successful companies around technology-based innovations created at the University of Maryland. In 2015, the company received the first of many clearances from the U.S. Food and Drug Administration (FDA) for commercial uses of their products. At that time, Dowling and Raghavan were informed that theirs was the first product invented at UMD to have received FDA clearance.

In 2016, the company hired Larry Tiffany, a serial life science entrepreneur and former executive at Gene Logic, followed by a $3.1 million initial round of financing that was led by early-stage investment funds and life science investors, including the Dingman Center for Entrepreneurshipand UM Ventures. In 2017, Medcura received U.S. Food and Drug Administration (FDA) clearance for use of its advanced bandage for prescription and over-the-counter uses. 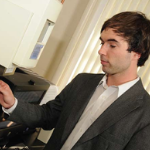 Larger grants followed, including $3.4 million from the U.S. Army Medical Research & Medical Command to develop an implantable solution for prolonged field care. That solution, called LifeFoam, was awarded “breakthrough device” status by the FDA for the treatment of severe, internal, life-threatening hemorrhaging on the battlefield. In 2020, Medcura moved into UMD’s Discovery District, which offers flexible research and development space for growing ventures.

Now, this University of Maryland-born technology is available over the counter and online nationwide. “It’s amazing to see proof of UMD’s power to drive innovation,” says Robert E. Fischell Institute for Biomedical Devices and Mtech director Bill Bentley (BIOE). “This is a really positive indicator that our translational programs are aligned to make an impact.”

Medcura’s future product plans include LifeFoam™, LifeGel™, its lead surgical candidate, and LifeDust™, a powder that can be delivered onto external traumatic injuries as a spray.

“The commercial release of Rapid-Seal brings back the same feeling of excitement I had after getting our first FDA clearance in 2015,” says Dowling. “Now, getting personal phone calls and reading customer testimonials is the best part of the job. It’s incredible to be able to expand our reach and have the opportunity to help millions of people coming out of surgery, combat, an accident – really anything requiring bleeding management.”

“The story of Medcura and Rapid-Seal is a terrific example of a fundamental discovery made in the lab that has been translated into a technology with the potential to save lives,” says Raghavan. “It all started with curiosity-driven scientific research, and required the persistence and perseverance of Matt Dowling to build his company up from scratch.”