Research results often don't find their way into the "real world" of consumers and industry. The National Science Foundation (NSF), one of the largest sponsors of fundamental research, hopes to change that by recruiting senior graduate students and postdoctoral researchers into its Innovation Corps (I-Corps) program.

Applicants to the I-Corps program must be affiliated with NSF-funded, basic-research projects identified as having the potential for near-term application in the commercial world. Participants receive a $50,000 grant and entrepreneurship training designed to help them formulate a business plan and pitch their products to industry.

Deepa Subramanian (Ph.D. '12, chemical engineering), a member of Professor Mikhail Anisimov and Professor Emeritus Jan Sengers' Mesoscopic Fluctuations and Critical Phenomena group, was one of the first five participants from the Clark School, and the only participant from the Department of Chemical and Biomolecular Engineering (ChBE), to be selected for the I-Corps program.

Subramanian's project grew out of Anisimov's 2010 grant for a study titled "Mesoscale Structures in Aqueous Solutions"--a name that may not seem to have much of a commercial ring to it. Anisimov and his team have been modeling and documenting the behavior of molecules called small alcohols, which are used as co-solvents and surfactants in industry.

When placed in water, these alcohols naturally hydrogen bond with water to form more complex, nanoscale structures. The group also wanted to study the alcohols at the mesoscale (the range between nanoscale and microscale), so they added a hydrophobic element to the solution, prompting the small alcohols to go through a cycle of forming and reforming much larger hydrophobic molecules with a spherical core-and-shell-like structure. These behaviors, at both length scales, change the thermodynamic properties of the solution. Understanding how and why is important to anyone using these types of solutions in industrial processes.

Subramanian discovered that the mesoscale molecules had properties with commercial potential: they had the ability to stabilize colloids and emulsions--products that are dispersions of one material in another, like paint or salad dressing. Colloid-based products are everywhere, and keeping their ingredients from separating is essential to prolonging their shelf lives. Several stabilization techniques already exist, including adding polymers, viscosity modifiers (thickening agents), and salt-based surfactants, but Subramanian says her molecules have certain advantages.

"We use a simple agitator-driven mixing process as opposed to using complex, energy-intensive milling machines," she says. "The resulting colloidal solutions have been observed to be stable for over three years." Products that last longer, she says, could lead substantial savings in energy and manufacturing costs.

With Anisimov and Craig Dye, the director of the Maryland Technology Enterprise Institute's Ventures Accelerator program, as her support team, Subramanian worked her way through I-Corps' intensive eight-week program. In the initial stages, she was also aided by students from the Robert H. Smith School of Business who were part of a course on technology commercialization. The I-Corps program required her to discuss her product with at least 100 people whose company might benefit from it. She says that while the interviews were grueling, they taught her how to present her research in terms of what she could do for others.

She learned her technology could work best in the agrochemical industry, which makes products such as pesticides, herbicides, and insecticides. While companies expressed interest in the product, they also provided some important feedback. "I realized that they're interested in having an end product," she explains, "but we're only dealing with the active component, and how to transport it. We decided [we'd] need to be partnered up with a smaller company, which could take the idea, combine it with other materials to make it into a product, and then [present] it to another, bigger company."

The University of Maryland's Office of Technology Commercialization filed a provisional patent on Subramanian's technology, and currently hopes to license it to such a company while waiting for the final patent to be granted.

This fall, Subramanian will head to Yale University's Department of Chemical and Environmental Engineering to start a new postdoctoral research project. 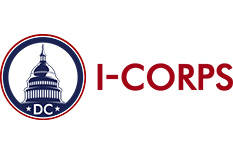