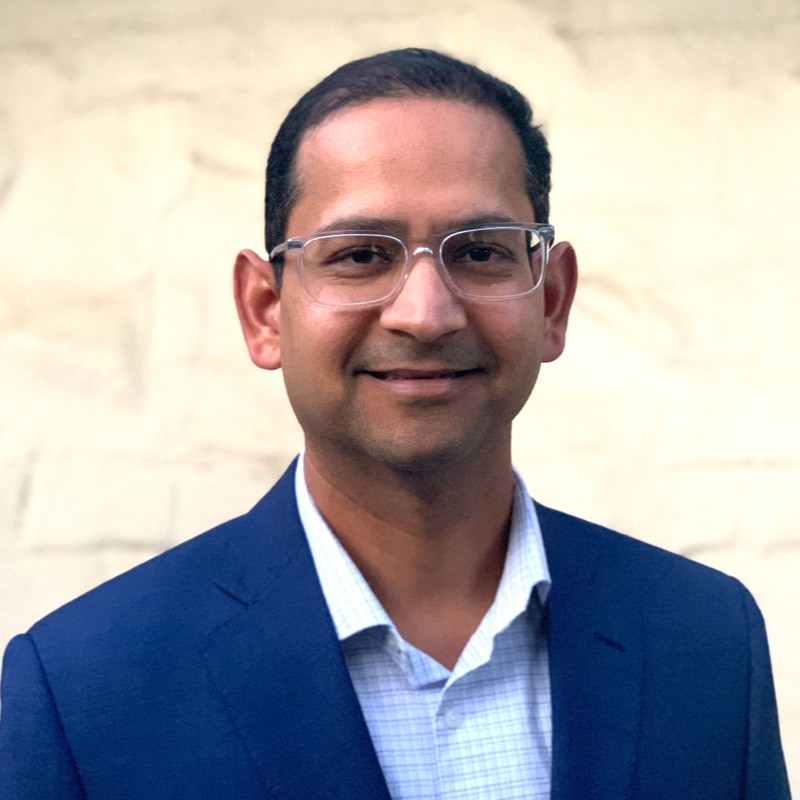 UMD gives you broad opportunity to be whatever you want to be.

Vineet Agrawal (B.S. ’98) - a graduate of the Chemical and Biomolecular Engineering (ChBE) Department at the University of Maryland (UMD) – tried three other majors on for size before concluding that chemical engineering was the best fit.  During his five years on campus, Vineet took a course in every college on campus, completing a total of 190 hours.  He credits his experience at UMD for laying the foundation for a successful career in the field of biomedical engineering.

Originally from New Delhi, India, Vineet and his family moved to Montgomery County when he was in high school. UMD, he said, felt like a natural choice for college because of its location and strong STEM programs.

“I started out as a physics major because I was good at math, but at the time, you couldn’t do much with a bachelor’s in physics, so I switched to engineering,” he said. “ChBE made most sense because it was the most applicable for hands-on work.  I could see how changing various parameters can alter entire outcome of processes.”

Currently, Vineet is the head of international business and marketing at Penumbra, Inc., in Alameda, California; a fourteen-year old firm that designs, develops, manufactures and markets innovative, biomedical devices for a range of medical conditions, but specializing in embolization and thrombectomy procedures for treatment of stroke and peripheral artery disease.

“My grandmother had a stroke just as I was graduating from UMD, but she didn’t receive any therapy,” said Vineet. “Instead, my family took care of her at home for several months before she passed. She was never the same after she had her stroke, and her condition had a strong impact on the whole family.”

After completing his studies at Maryland, Vineet wanted to apply his knowledge and opted for a career focusing on medical field applications. He took a position at Merck & Co. in Pennsylvania, in their technical operations department focusing on new products.

“My first project was the development of a brand new type of antibiotic,” he said. “Much of what I learned in Professor [Richard] Calabrese’s transport class came into play, as did Professor [William] Bentley’s biochemical processes classes and the ultimate design project. Those courses prepared me for my role at Merck, which ultimately paved the way for Northwestern University’s MBA program – my goal was to leverage my engineering background into managing a product-driven healthcare business, but I didn’t know where at the time.”

Vineet went on to work for Baxter Healthcare near Chicago, Ill., and then Guidant, Corp. in Indianapolis, Ind. After cutting his teeth on larger companies, he accepted a position with Micrus Endovascular Corporation in Silicon Valley before landing a gig at Penumbra; a small, private company at the time, where he has been for the last decade.

"In the last five years alone, I've visited more than 60 countries," he said. "I'm part of a team that aids in the delivery of lifesaving therapies, and building businesses around the world, designed to provide people with innovative medical care they wouldn’t otherwise receive. This was my goal from the very beginning, when I first set foot on the UMD campus - to make a meaningful contribution with my career."

Vineet looks fondly back on time spent at UMD.

"You've got to find a university that works for you - I needed a workhorse that gave me lots of opportunity to explore, and to me, that's Maryland," he said. "In terms of personal growth, the five years I spent on campus were the best years of my life.  College is the time for growth and exploration, and it's important to learn as much as possible - UMD gives you broad opportunity to be whatever you want to be."

Vineet continued, "I’ve lived in lots of places, but here in California, when I see other UMD grads, it feels good - I'm glad to see other alumni who have journeyed across the country to see what they can contribute to society.”

To current and future majors, Vineet encourages them to take every opportunity to get hands-on training.

"Internships and co-ops provide fantastic opportunity to apply theoretical concepts to real world scenarios," he said. "I didn't even have to go off-campus.  There is a wealth of opportunity available to students on campus, and lots of help! Ask around - get to know the faculty - work as a TA or an RA - those applied skills combined with a degree will provide you with a strong base for your future career, and you never know where they might take you."