The Department of Chemical and Biomolecular Engineering (ChBE) and the A. James Clark School of Engineering extend their congratulations to Jeffery Klauda and Ganesh Sriram, who have been promoted to the rank of associate professor with tenure, effective July 1.

“Ganesh and Jeff have contributed enormously to the department through their scholarship, dedication to teaching, and service,” says ChBE professor and chair Sheryl Ehrman. “I look forward to seeing what the next stage of their careers will bring!” 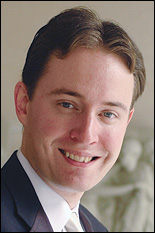 Klauda, who joined ChBE in Fall 2007, uses molecular simulations and thermodynamic modeling to describe the function, dynamics, and physical properties of cellular membranes and gas hydrates. His work, conducted in the Laboratory of Molecular & Thermodynamic Modeling, has diverse applications in biology and energy, from explaining how cells transport cholesterol and other molecules, to exploring whether certain mutations in cell membranes cause the early onset of cataracts, to using gas hydrates as a natural energy source and storage medium for carbon dioxide and hydrogen.

In 2012, he received a National Science Foundation CAREER Award for his proposal to use the first all-atom technique to predict the structural transitions that occur in a class of proteins called secondary active transporters (SATs) as they interact with cell membranes. A paper on the work, which could help explain why and how drug-resistant cells expel antibiotics, was featured on the cover of the Journal of Molecular Biology.

Both graduate and undergraduate members of Klauda’s group have received recognition for their research including the Clark School’s Dean’s M.S. Research Award, Society of Chemical Industry (SCI)-sponsored summer internships at top companies, travel and poster awards, and conference invitations.

Klauda received his Ph.D. in Chemical Engineering from the University of Delaware in 2003. 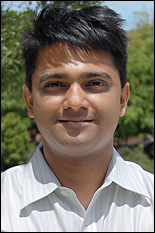 Sriram, who joined the department in Spring 2008, is the director of the Metabolic Engineering Laboratory, which specializes in systems biology, metabolic flux analysis and gene regulatory network analysis, especially of eukaryotes. The group’s work has many potential applications in commodity fields such as food, fiber, biofuels, therapeutics, and renewable feedstocks, with an emphasis on sustainable resources.

During his time at the Clark School, Sriram has led a collaboration to investigate carbon-concentrating mechanisms that make algal photosynthesis more efficient; has been part of a collaboration that received a $3.2 million grant from the National Science Foundation (NSF) to engineer poplar trees into high-yield crops for biofuels; was the co-PI on a project that received a $1.9 million grant from the NSF to acquire a superconducting Nuclear Magnetic Resonance (NMR) spectrometer for solving complex problems in biology and medicine; was named the 2011 Maryland Outstanding Young Engineer by the Maryland Science Center; and edited a book on plant metabolism. Outside of the lab, he is a Keystone Professor in the the Clark School’s program of excellence in early engineering education and part of ongoing efforts to improve student retention.

Sriram’s growing roster of past and present laboratory personnel, ranging from high school interns to postdoctoral research associates, have received numerous awards and fellowships for their research from federal agencies such as the NSF and the National Institute of Standards and Technology (NIST), professional societies, institutes, and the University of Maryland.

Sriram received his Ph.D. in Chemical Engineering from Iowa State University in 2004.