Established by the John and Maureen Hendricks Charitable Foundation in 2008 to support UMERC's efforts, the John and Maureen Hendricks Energy Research Fellowship program supports students engaged in research that advances the frontiers of energy science and technology, particularly forward-looking approaches to alternative energy generation and storage.

The splitting of water and carbon dioxide into carbon monoxide and hydrogen, particularly through the use of carbon-neutral solar thermal cycles, provides a promising path to renewable fuel production. The technique, however, has been hampered by the high temperature requirements (> 1300° Kelvin, or 1880° Fahrenheit) of the oxidation and reduction cycles, and a lack of long-term cycle stability.

Gibbons will explore the characterization and optimization of ceria-based nanofiber materials for use as catalysts in the solar thermal splitting of water and carbon dioxide. The ceramic nanofibers, developed at UMERC, already show potential as catalysts because of their lower required operating temperature. Gibbons' research will focus on the development of cost-effective, simplified nanofiber fabrication strategies and improving their cycle-to-cycle stability.

"You can think about it very much as biofuel production in which a plant takes carbon dioxide, water and sunlight and produces some biomass that we could then use as a fuel," explains Gibbons in a recent interview about his award.

While we have the potential to produce liquid fuels from carbon dioxide, sunlight and water, existing processes and materials are still inefficient. The combination of an optimized nanofiber catalyst and concentrated solar energy, says Gibbons, could change that. A field of heliostats—arrays of mirrors that reflect light—could be placed in the desert, concentrating sunlight into towers used to heat the ceria nanofiber catalyst without having to burn other fuel. Once heated and exposed to water and cabon dioxide, the catalyst will split them into hydrogen and carbon monoxide. The hydrogen/carbon monoxide gas mixture could then be taken through another process to convert it into liquid fuel that could be handled by our existing energy infrastructure.

Watch an interview with Will Gibbons, in which he explains his research and goals.Video courtesy of UMERC.

Gibbons' interest in energy research came from a childhood fascination with engines. He read about fuel cells for the first time as a high school student, and sought out fuel cell research opportunities as an undergraduate. "It just kept pulling me deeper and deeper in," he says.

Now, as a graduate student, Gibbons says the Hendricks Fellowship will provide him with the support and freedom he needs to make his energy research truly his own. "It's actually really liberating to be able to know that if I want to take this research in a slightly different direction, I can…that it's OK to explore. I'd really like to thank the Hendricks family for this opportunity to further my research at the University of Maryland." 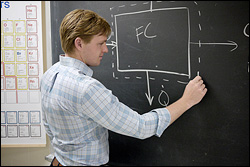 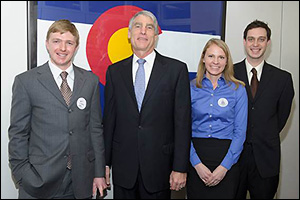 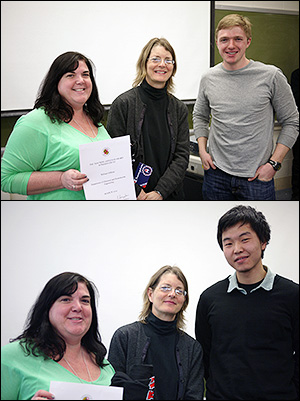 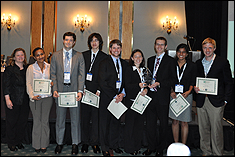