The A. James Clark School of Engineering and the Department of Chemical and Biomolecular Engineering (ChBE) extend their congratulations to Professor Mikhail Anisimov (joint, Institute for Physical Science and Technology [IPST]), who has been elected to Fellowship in the American Institute of Chemical Engineers (AIChE). Founded in 1908, the AIChE is the leading professional society for chemical engineers in the United States and around the world, with over 40,000 members from 90 countries.

Anisimov's research interests include critical phenomena and phase transitions in supercooled water, fluids, fluid mixtures, liquid crystals, and surfactant and polymer solutions. He also studies the applications of photon-correlation spectroscopy and high-resolution adibatic calorimetry to soft condensed-matter materials. He has co-authored major works that have affected engineers across a number of fields, including a theory-based calculation for the critical parameters of aqueous solutions of sodium chloride and a new international formulation of thermal conductivity of water and steam, which were adopted as international standards by the International Association for the Properties of Water and Steam (IAPWS). The 2012 International Symposium on Mesoscale and Fluctuation Dynamics was held in his honor.

Anisimov came to the University of Maryland in 1994 as a visiting professor at IPST, and became a research scientist and affiliate professor at the institute in 1996. He has been a full-time faculty member with ChBE and IPST since 2002, and currently holds affiliate appointments in the Department of Chemistry and Biochemistry and the university's Chemical Physics Program. During his tenure, he has also served as a Distinguished Visiting Professor at The Petroleum Institute in Abu Dhabi, UAE. In 2007, he received the Clark School's Poole & Kent Teaching Award for Senior Faculty.

Anisimov is the author or co-author of over 200 publications, including books, chapters, refereed journal articles, and reviews. He is an elected fellow of the American Association for the Advancement of Science, the American Physical Society, the International Academy of Refrigeration, and the Newtonian Society. He is also an elected member of the New York Academy of Sciences, the Russian Academy of Engineering, the Russian Academy of Natural Sciences, and the Washington, D.C. Cosmos Club. 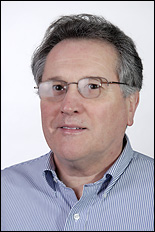