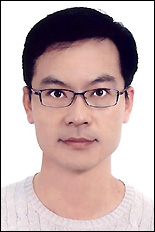 Currently, Andy is a professor of Chemical Engineering at National Tsing Hua University, Taiwan, where he directs the Genetic and Tissue Engineering Laboratory.

Yu-Chen (Andy) Hu is currently a professor in the Department of Chemical Engineering, National Tsing Hua University, one of the most prestigious in Taiwan‚ where he directs the Genetic and Tissue Engineering Laboratory. We chatted with Andy to learn more about his experiences at the University of Maryland, his current work, and how he pursued his goal of a career in academia.

What kind of research did you do while you were at UMD?

My Ph.D. thesis focused on the use of recombinant DNA technology to produce poultry vaccines. Specifically, we used recombinant baculovirus (an insect virus that was genetically engineered to carry genes encoding exogenous proteins) to produce the virus-like particles (VLPs, empty particles consisting of only viral proteins, but containing no viral nucleic acids) of the infectious burssal disease virus, which can cause the death of young chickens and economic loss in the poultry industry. The aim was to produce and purify the VLPs so that the VLPs can be used as a potential chicken vaccine.

Did you have a postdoctoral fellowship or a job in industry before becoming a professor?

I received a year of postdoc training at the NIH from June, 1999 to June 2000 before I went back to Taiwan and started my career as an assistant professor at National Tsing Hua University (NTHU). The topic of my postdoc research was similar to my Ph.D. research, relating to the development of a bioreactor process for the production of human immunodeficiency virus antigen gp120, which can be a potential vaccine against HIV.

Did you plan on becoming a professor?

I did not plan on becoming a professor until the third year of my Ph.D. studies. I had observed how the academic circle works and what people in industry do. I found that in industry it is quite mission-oriented and there's no freedom to do what I wish to do, so I decided to go academic.

I majored in chemical engineering when I was an undergraduate, then chose to continue in the field for my M.S. and Ph.D. I did not dream about a career in biochemical or biomolecular engineering until I joined Dr. Bentley's group. I particularly appreciate his guidance and patience because in his lab I developed my interests and expertise in biology and biomolecular engineering. What I have learned from him‚ paper writing, independent thinking, organizing ability, communication skills, andhaving a vision for future‚ is very important for my career.

What's the best thing about being a professor?

The best thing about being a professor is that I can carry out research that I am interested in, and it feels particularly good to have breakthroughs in my topic. It also allows me to be in consistent contact with young students so I can teach them what I know and deem important for their careers. Seeing students grow and mature during their studies is very satisfying.

Please tell us about your current research at NTHU.

My current research focuses on gene therapy, tissue engineering and vaccine development. We are using viral vectors (genetically engineered baculoviruses that can carry and express exogenous genes in mammalian cells) to genetically modify stem cells or chondrocytes (the cells in cartilages), hoping that the cells can function properly and facilitate tissue, bone or cartilage regeneration. Toward this goal, we are working on developing new viral vectors, a new bioreactor, and new bioprocesses to produce, titer and purify the viral vectors. We also investigate the cellular responses to viral vectors in order to evaluate the safety of our technology.

In the context of vaccine development, we are engineering viruses so that they can carry antigens to induce immunities against avian influenza virus.

In 2007, you won one of Taiwan's Top Ten Young Persons Awards, conferred by the Taiwanese Parliament on ten exceptional citizens. How did that come about?

It happened when my department chair [at NTHU] wanted to nominate me to be a candidate. I agreed and provided my C.V. and personal statement. The competition for this award is very tough because the committee consists of many top persons in Taiwan and is chaired by the head of Parliament. The nominees go through two rounds of screening and the finalists (about 18) need to be interviewed by specially trained interviewers. The committee (consisting of another 10 people) then votes to decide the final winners. The award goes to 10 people who excel in different fields nationwide‚ actually only 9 the year I won.  The award ceremony is hosted by the head of Parliament and the President of Taiwan sees the winners afterward.

You won the award for "achievement in technology advancement"‚ what project(s) or publication(s) lead the committee to select you?

I think it's two-fold: one is because the development of a enterovirus 71 (EV71) vaccine. EV71 is a virus that can result in neurological complications, and has caused the deaths of at least 100 children in Taiwan. We have developed a virus-like particle (VLP)-based vaccine and demonstrated in animal studies that it can elicit strong immunity and confer protection against virus infection. This makes it a very promising vaccine and hopefully it can be helpful to children's health in Taiwan and other Asian countries.

The other reason is our contributions to the baculovirus/gene therapy field. We have done a lot in the development of baculovirus as a gene therapy vector. Although my group is not the pioneer in this field, it is the first to investigate the application in terms of virus quantification, production, purification and applications in tissue engineering. We are the first group to demonstrate the use of baculovirus-mediated gene therapy in facilitating cartilage and bone engineering. Due to our extensive publications, I have been invited to contribute 6 book chapters and 4 other review papers. It's the combination of these achievements that lead to the award.

What advice do you have for students considering a degree or career in ChBE?

I know that many students majoring in chemical engineering are very interested in biology or medicine and wish to apply for pure biological science graduate programs. However, I strongly suggest they apply to ChBE or bioengineering departments because a chemical engineering degree can help graduates to find a good job very easily. Right now many professors in ChBE departments are carrying out research that is indistinguishable from the fundamental research performed in biological science or medicine departments, which should satisfy a student's desire to explore bio-oriented projects and unknowns.